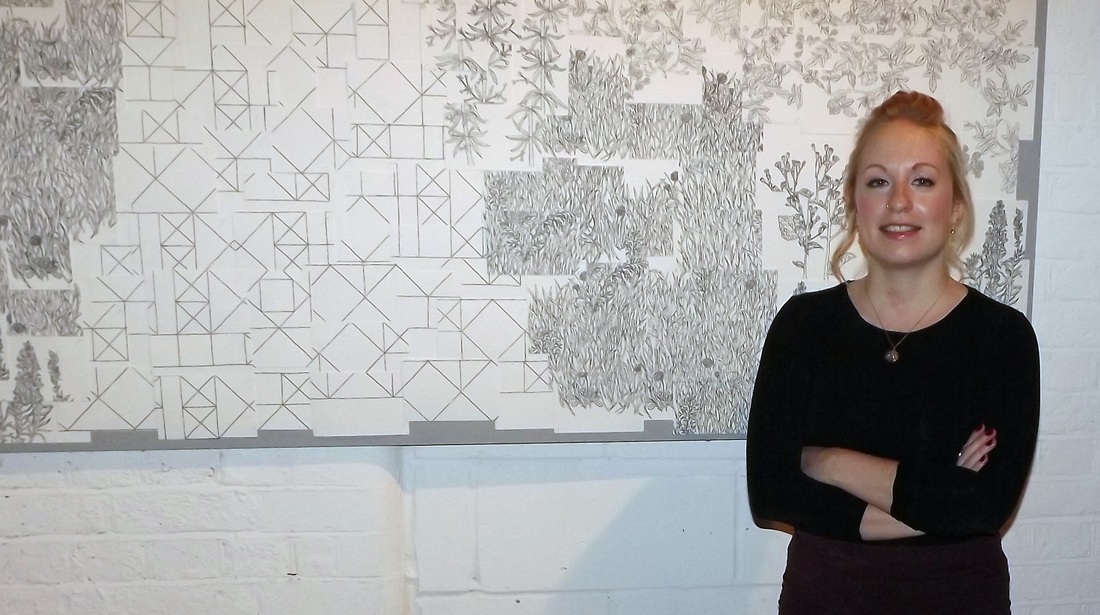 The artist in front of her work. 2014
Photo credit Kevin Owen